Layers of slightly spiced ginger cake smothered with a rhubarb buttercream frosting. Inside, silky cream cheese filling is rippled with poached rhubarb. The perfect cake to make when those coveted red stalks of rhubarb begin to arrive at the market! 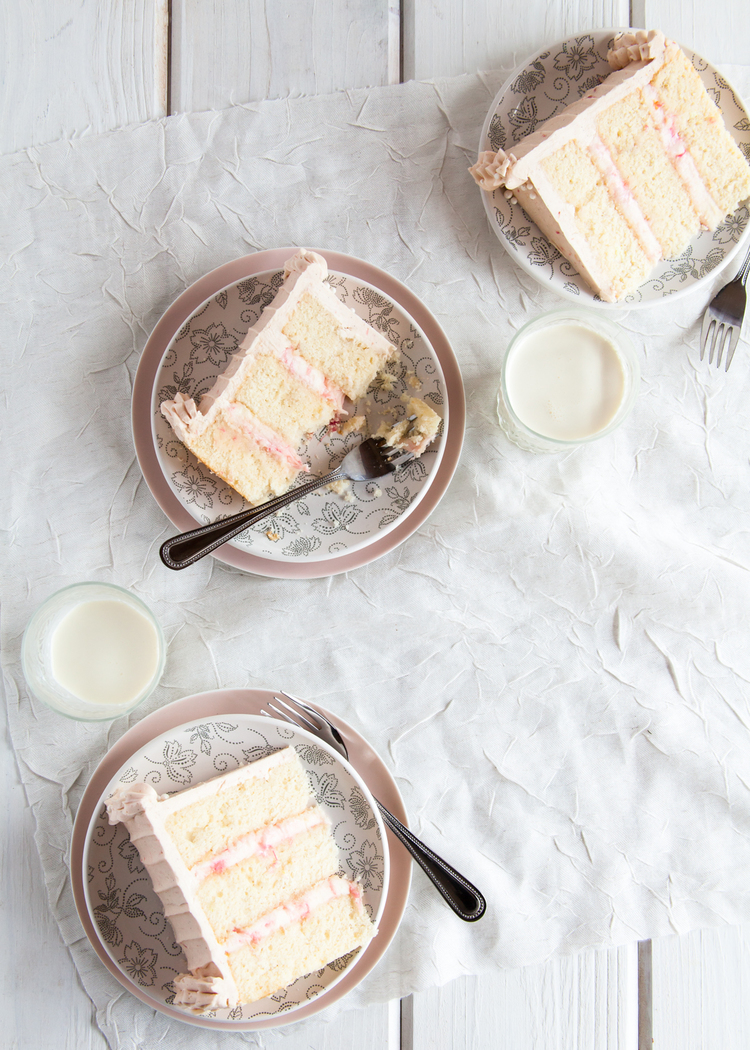