It is said that the history of heels began in 1553.

Heels are one of the most desired accessories by women. From an early age, girls try on their mothers’ heels and over the years it becomes an illusion to have one or more pairs. as far as fashion is concerned, heels are almost an inevitable garment in the wardrobe, since they stylize the legs of those who wear them and, in addition, they are often associated with vanity.

It should be made clear that not all women wear heels and opt for other alternatives such as the use of tennis shoes or more comfortable shoes.

As far as the history of heels is concerned, it is said that it began in 1553, in the marriage of Henry II of France and Catherine de Medici, when she wore high shoes, reports the Mexican newspaper El Universal. After this fact, many women and even men of the court imitated Catherine de Medici, giving this type of footwear the status and power that it still holds today.

Although it is an accessory whose symbol of vanity is irrefutable, the excessive use of heels can lead to negative consequences for health. They are problems that can begin in a pain product of fatigue and also of the centimeters of the height of the heels, which can lead to the appearance of bunions, calluses, deformation in the fingers, and even problems of the cervical spine. 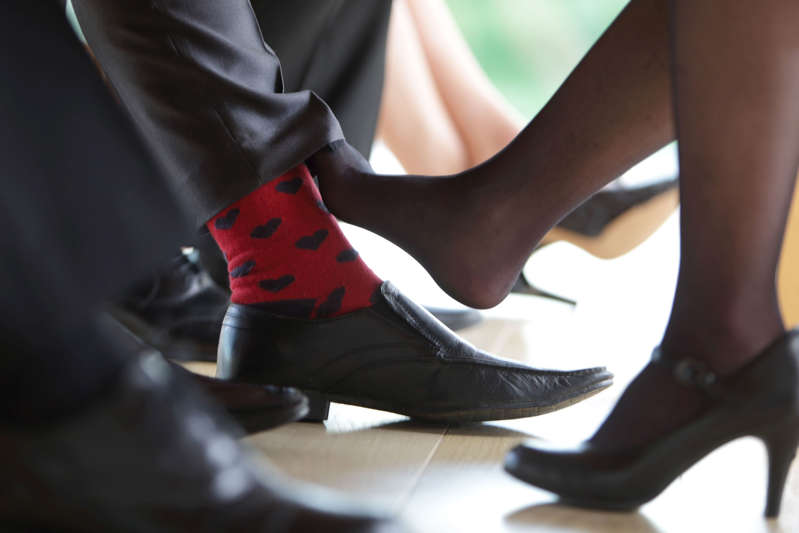 © Peter Cade The twin muscles are shortened with the use of the heels and the flexibility of that area of the body is lost.

Experts point out that when wearing heels, the distribution of body weight occurs irregularly, with the metatarsus carrying the greatest load. This causes injuries to the ligaments, there is a decrease in the ability to rotate the ankle, the stiffness of the Achilles tendon increases in passing and the appearance of bunions occurs due to the tension exerted on the bones, reports El Universal.

The excessive use of this garment can also lead to other types of ailments, such as muscle fatigue and strains. In addition to the above, the twin muscles are shortened with the use of heels, and the flexibility of that area of the body is lost because the posture in which people remain is like walking on tiptoe for hours. Excessive pressure is also placed on the knees, which in the future could develop premature osteoarthritis in that part.

In addition, when wearing heels, the posture changes: this garment pushes the chest forward, misaligns the hip and, incidentally, the spine. The above without forgetting that the use of heels can cause people to present balance problems during the day.

The appearance of calluses, blisters, and ingrown toenails comes when punctuated heels are used for long periods of time, several times a week, and without proper foot care.

© Martin Harvey It is recommended to do leg stretches before and after putting them on and accompany them with foot massages.

This does not mean that the use of heels should be demonized, but on the contrary, generate awareness about the proper use of them and take into account that this accessory can be alternated with other types of footwear to avoid developing any problem related to this garment.

In fact, if for some reason the use of heels is essential, it is recommended to stretch your legs before and after putting them on and accompany them with foot massages. Another tip that experts allude to is to avoid the use of heels that have a narrow tip and opt for other alternatives.

It is also important to use insoles to prevent the feet from slipping between the shoe and give yourself the opportunity to try high shoes but that do not necessarily have punctuated heels but others with platforms or running heels.