Traveling to the southeast and northwest without ever checking in with one of the 13 most beautiful roads in the world, you must not have traveled yet. Remember this list and thicken your Instagram page with virtual live photos checkin here!

From colorful houses to cobblestone streets, from historic architecture to sweet modern touches, the world’s most beautiful streets captivate and inspire any visitor. 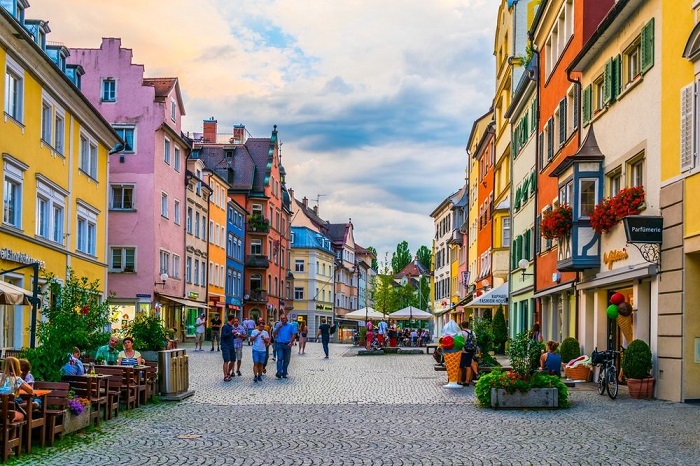 The first name on the list of the most beautiful roads in the world is located in Portugal. Let’s start with the city of color umbrellas – Agueda, Portugal! This attraction has its origins in an exhibition that took place in 2012 when a company called Sexta Feira placed hundreds of colorful umbrellas along the Aveiro district, with a mission to bring joy to the city. 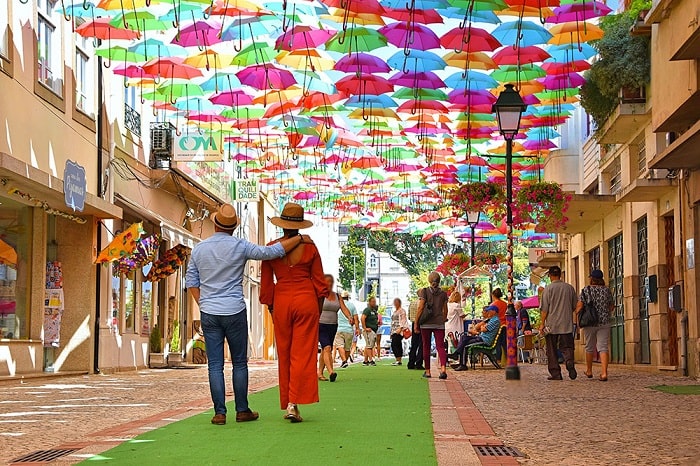 Due to the success of that exhibition, every year colorful umbrellas will be hung up from July 1 to September 30. By December, you may even come across umbrellas illuminated with shimmering lights in the dark. There are also many places in the world that copy the idea of the Sky Project but nowhere surpasses the original! 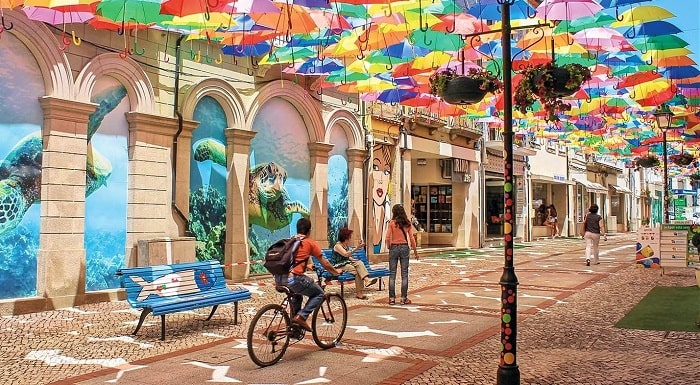 For Italian tourists, there’s more to see in Venice than St. Mark’s Square and the Rialto Bridge. You just need to go to the Northern Venetian Lagoon and find the fisherman’s island of Burano to find one of the most beautiful roads in the world. 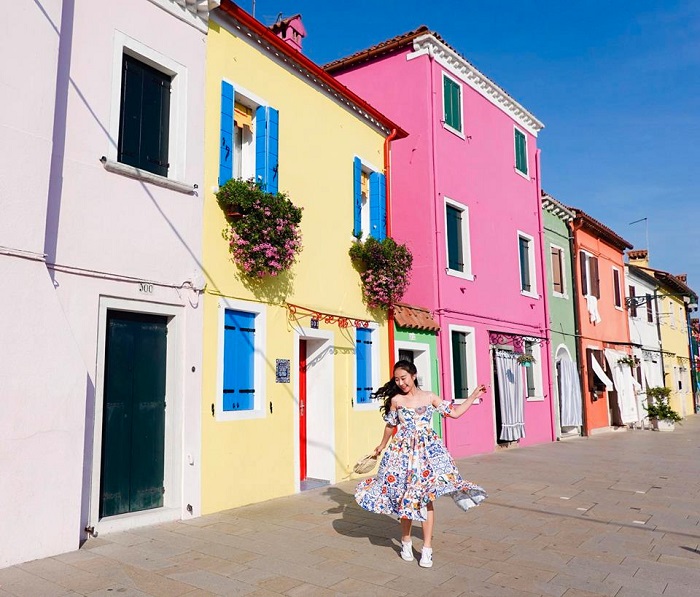 Unlike other riverside cities in Europe, Burano is decorated with colorful houses located along quaint streets. Burano’s tradition of painting houses with bright colors has been going on for decades and local authorities strictly manage this to preserve good traditional values. 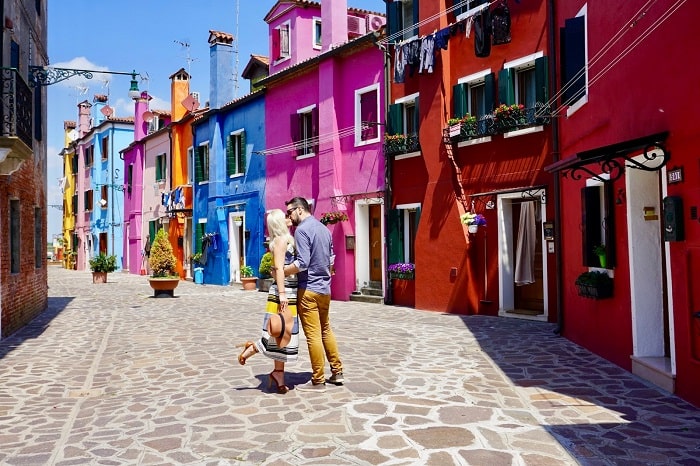 An important rule in Burano is that every home must have a different shade from their neighbors. After all, this kaleidoscope effect is what attracts tourists to the island.

The origins of this world’s most beautiful road date back a very long time and initially its name was not Caminito, but Conventillo. Conventillo emerged when Italian immigrants flooded into Argentina and because Argentina did not have enough houses for them, they erected monasteries built of materials from shipyards. 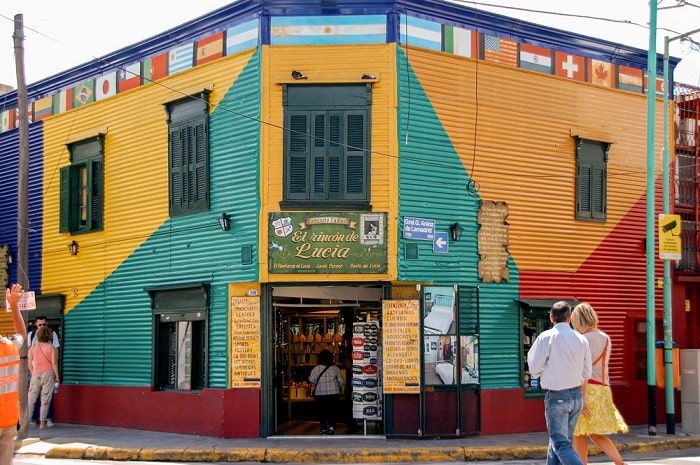 Around the same time, Argentinian painter Quinquela Martin had the idea of making the houses in Caminito glow in vibrant colors. It now has a close relationship with culture as a representative of the first immigrants in La Boca and even the birthplace of the world-famous tango. Local authorities also make an important contribution to the preservation of one of the most beautiful roads in the world. 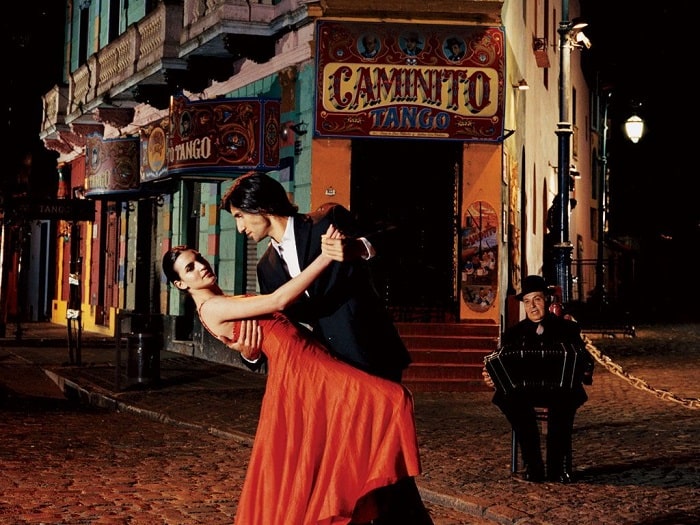 Dubbed the “Blue Pearl of Morocco”, Chefchaouen is a city that stands out for its soft blue and blue color in every nook and cranny. Every year thousands of tourists flock to this city to relax and capture their peaceful moments by the jade green walls. Although no one has yet explained why the streets of Chefchaouen are painted blue, it is still the most beautiful road in the world that captivates any visitor. 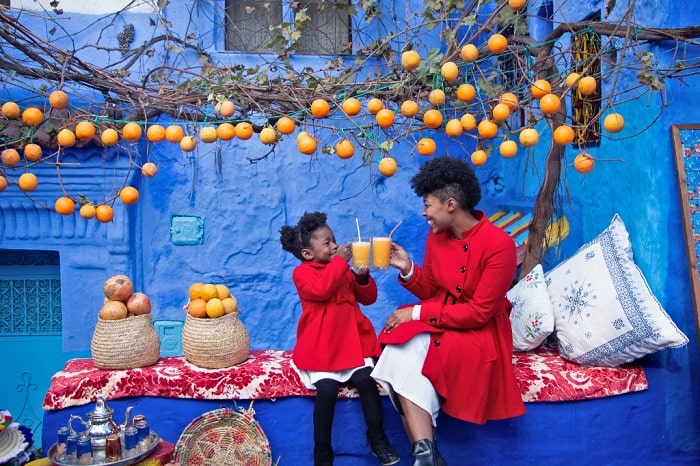 Some say that the Jews gave the city blue when they fled to Chefchaouen during the Second World War. Others cited the reason that locals painted the walls blue to repel mosquitoes or reflect the color of the sea. 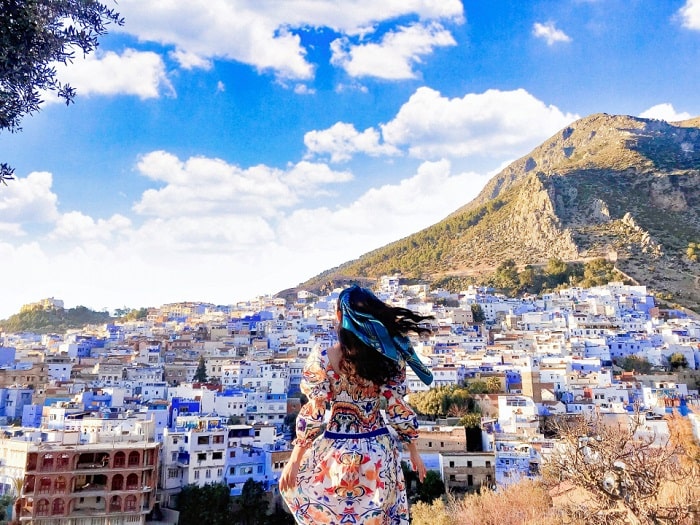 Whatever the mystery behind it, chefchaouen has always been ranked as one of the most beautiful streets in the world not only because of its turquoise blue color but also because it is known as a peaceful city. 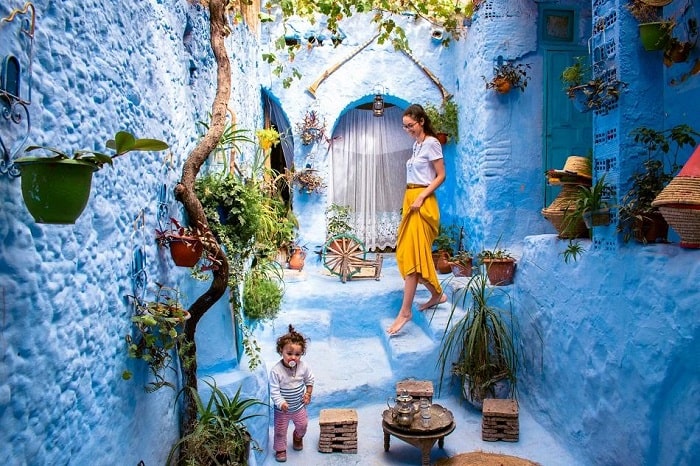 Dubrovnik is one of the best preserved medieval cities in the world. Here, you won’t see any cracks or stains on the street. The streets here are glazed with cement and paved with sparkling marble, and vehicles are prohibited from entering the world’s most beautiful road. 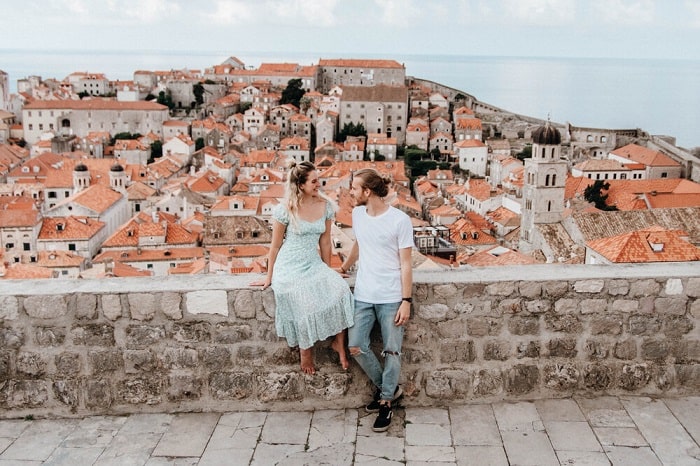 Dubrovnik UNESCO’s old town is a World Heritage Site. In addition to the striking image of clean roads such as wipes, the stone walls are whitewashed with lime, combined with terracotta roofs, this is also the setting in the popular movie Game of Thrones. You already know where to check in on your Instagram account, right? 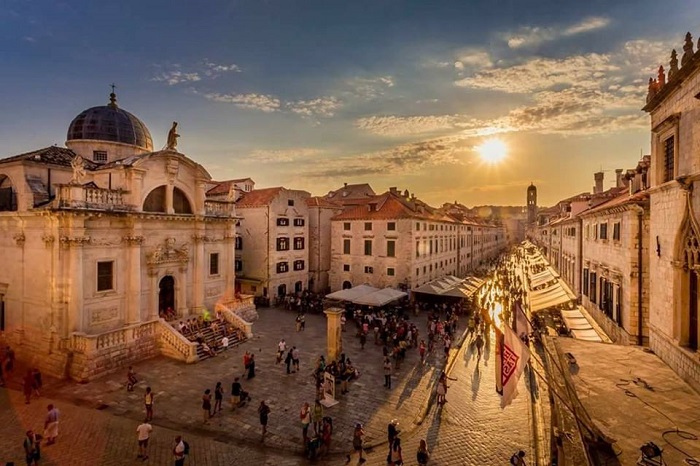 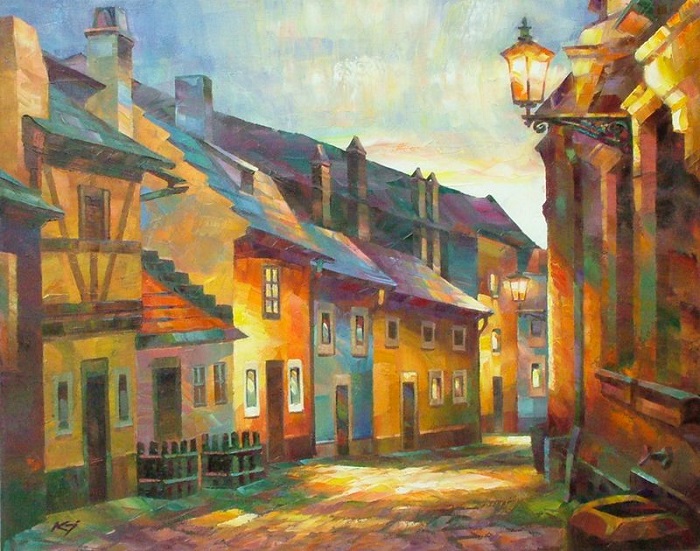 Historically, Golden Lane was the residence of the castle’s guardians, then of poor citizens during the Second World War. After the war, the government decided to rebuild the houses along the streets and repaint them in pastel colors to make them look more luxurious. They even turned some buildings into shops and galleries. 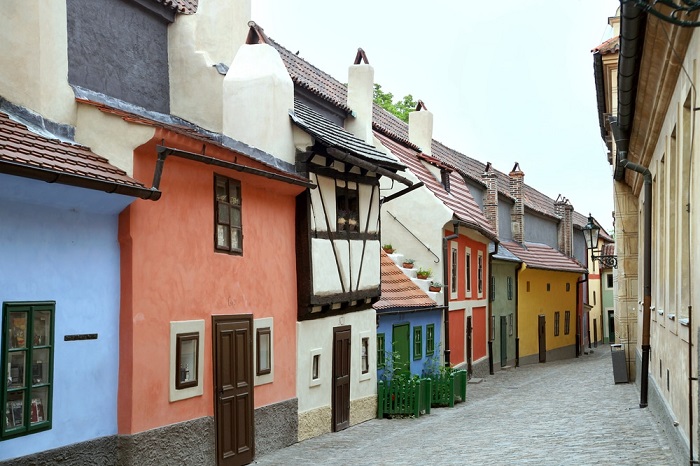 Inside the colorful galleries and shops on this world’s most beautiful street, you’ll find works that reflect different eras, small cinemas and, of course, a workshop for jewelers. The name Golden Lane means “Golden Lane” also because it used to be crowded with jewelers.

Among the many most beautiful streets in the world, the beautiful streets in Havana have the most classic beauty. They say Havana, Cuba is a noisy city. Cuban tourists should not hope for a peaceful city and identify the spirit of “accidentally” hearing music, bells, singing even screams in the streets of Havana. 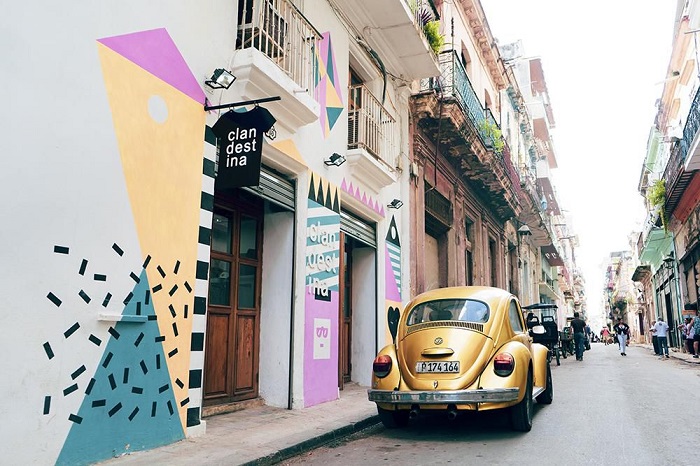 But it is worth mentioning here that Old Havana rekindles the vitality through the colorful buildings built by the Spanish colonialists. However, the town is also influenced by The French and neoclassical style in its architecture. This explains the vertical column-like effect of buildings. Havana is also known as the “City of Pillars”! 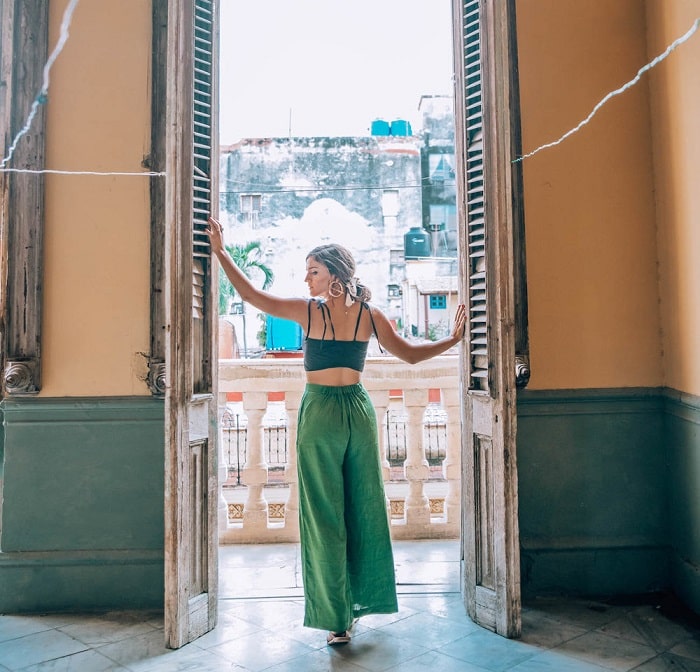 Located in Lake Constance, this hidden gem truly offers stunning views of the snow-covered Alps along with verdant fields. What attracts German tourists lies in the picturesque alleyways between lindau’s baroque townhouses and the medieval city centre. 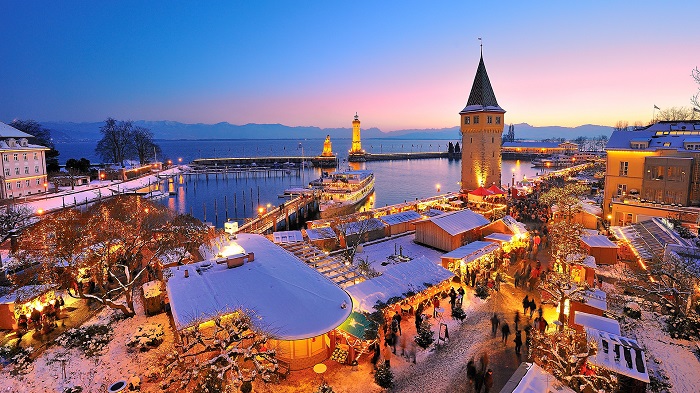 Combined with dazzling gardens and vines, the houses along the street almost look like doll houses and that makes it one of the most beautiful streets in the world. You can combine it with a tour of The Emperor to visit this place!

Among the most beautiful roads in the world, the roads in Mykonos, Greece are the most typical. The town of Mykonos, also known as Chora, is marked with white concrete with cement cobblestone walkways. 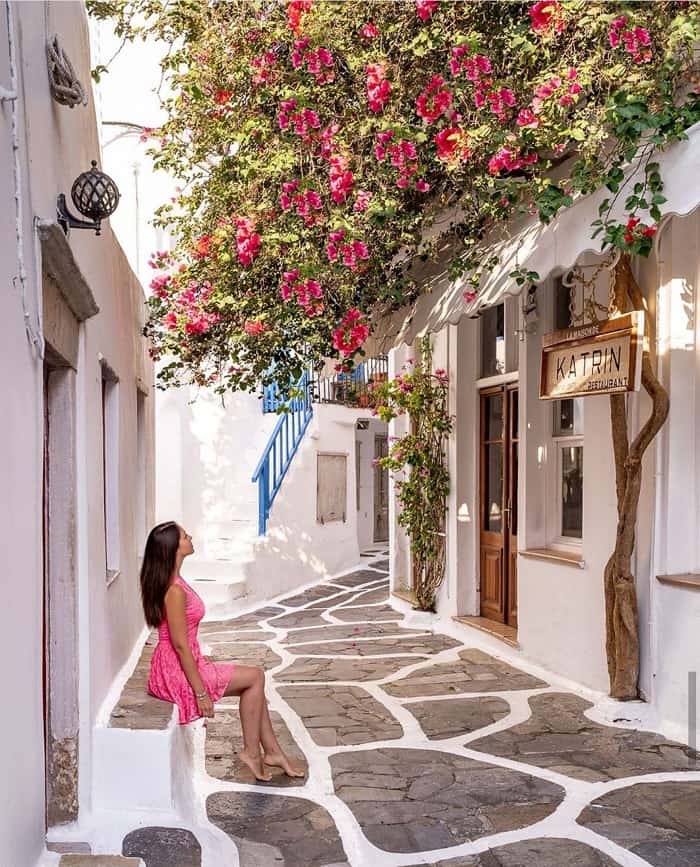 Shops and houses were inundated with milky white paint while all the balconies, windows and wooden doors were painted blue. Such heavenly tones will make you feel as if you are in a corner of your own paradise. 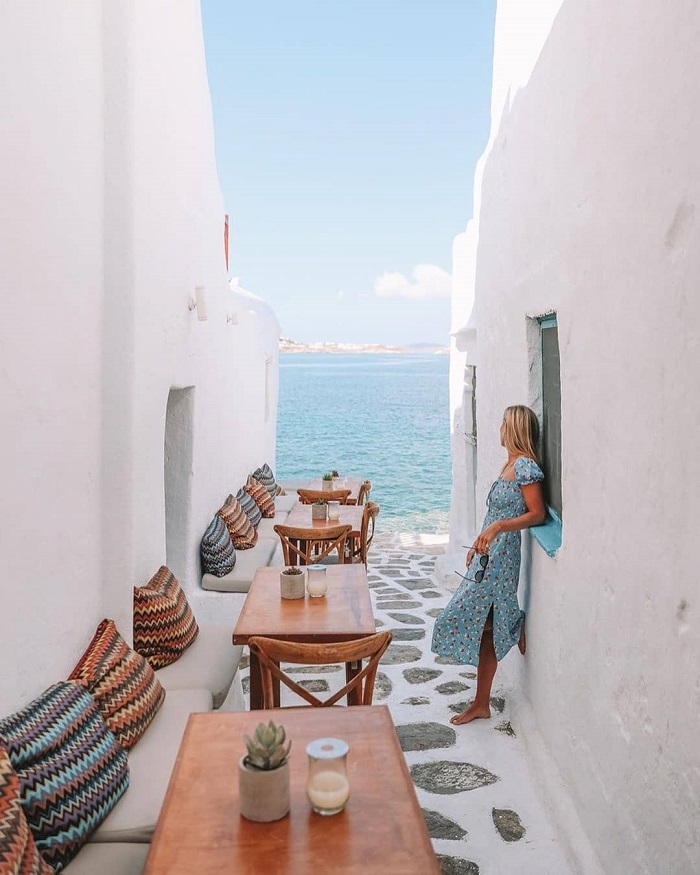 And by the time the roses bloom in unison, there’s no reason why you shouldn’t hold up your phone and take commemorative photos. And if you need to be more romantic, head to Little Venice just in time for the sunset.

George Town, the capital of Penang, is a collection of shops, churches, temples, mosques and British colonial buildings. If you’re a history buff, you’ll love the place and be excited to learn about the past. 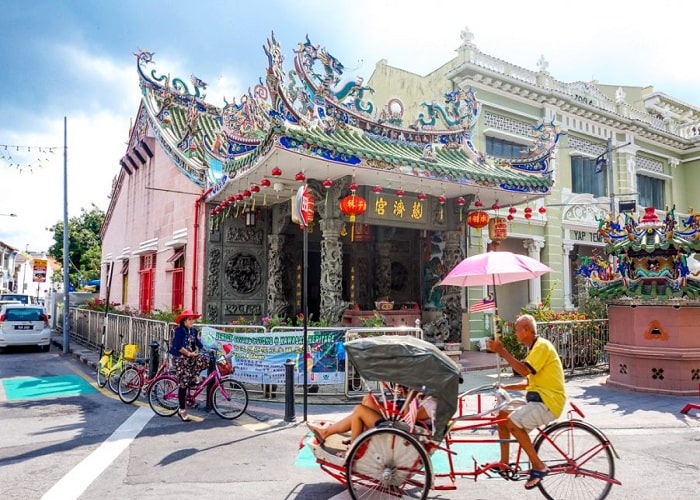 The combination of Asian and European influences has made George Town one of Malaysia’s most instgram check-in points, and yet, it is also a UNESCO World Heritage Site. 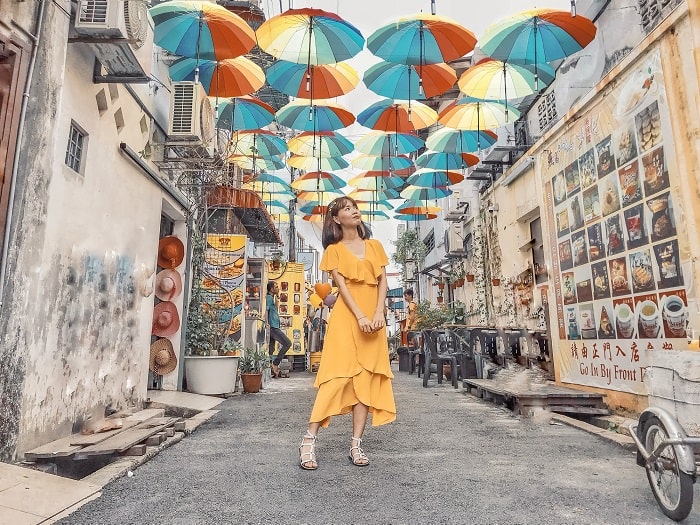 If you’re a first-time visitor to these beautiful streets, it’s best to walk to explore famous places and don’t forget to enjoy irresistibly delicious street food.

Kyoto is one of the best places to escape Japan’s modernized society, but Japan’s natural scenery scattered throughout the cities is part of the country’s identity and culture. Therefore, it also appears in the list of the most beautiful roads in the world. 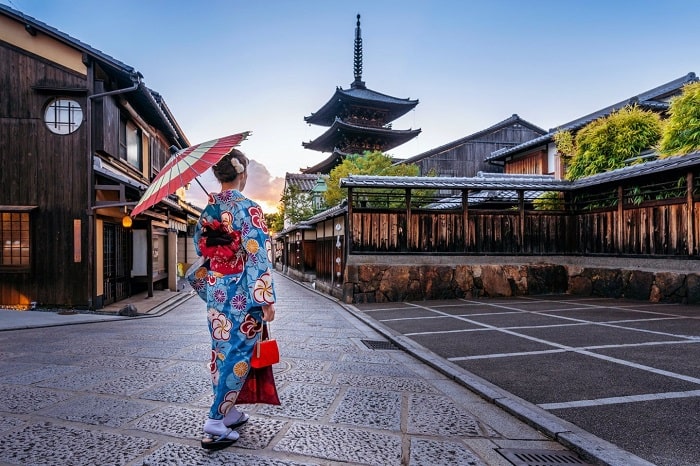 Kyoto’s Sagano Bamboo Forest is the embodiment of everything: nature, tranquility, orderliness and harmony with its surroundings. The forest has a road with perfect distance, where you should spend time walking while breathing fresh air. On sunny days, the rays of light through the dense bamboo canopy will create a beautiful scenery on earth. 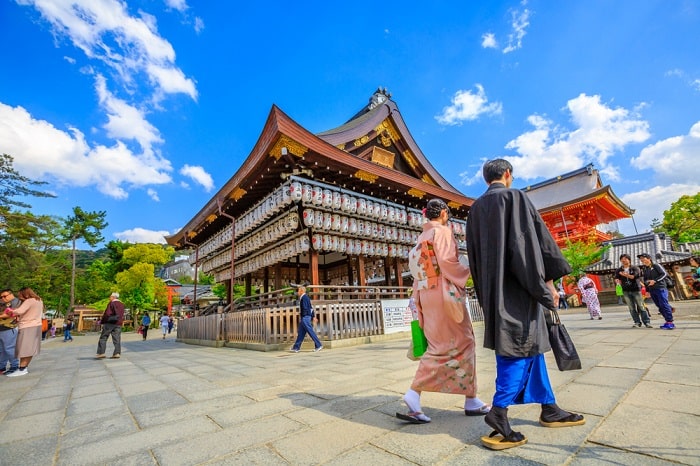 The most beautiful streets in the world do not need to be long or massive but just charming and perfect in their own way just like Phuket Old Town. The town has many colorful Sino-Portuguese-style shops and restaurants that any tourist wants to see firsthand. 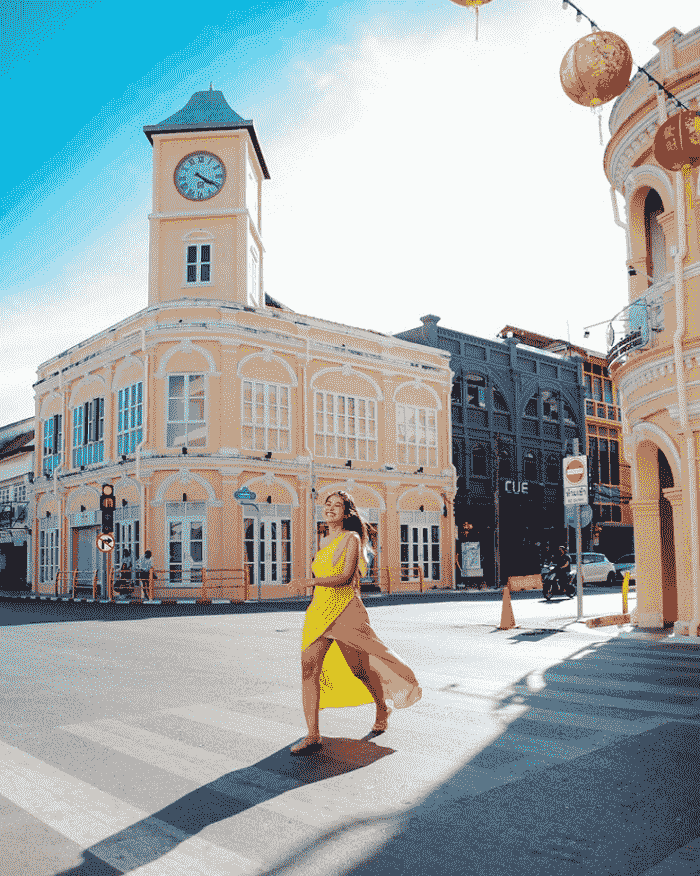 The old town comes in four basic colors: blue, red, yellow and pink. Notable landmarks on these colorful streets include Thai temples, Chinese temples and Thalang Road, which has a walking street on Sundays. 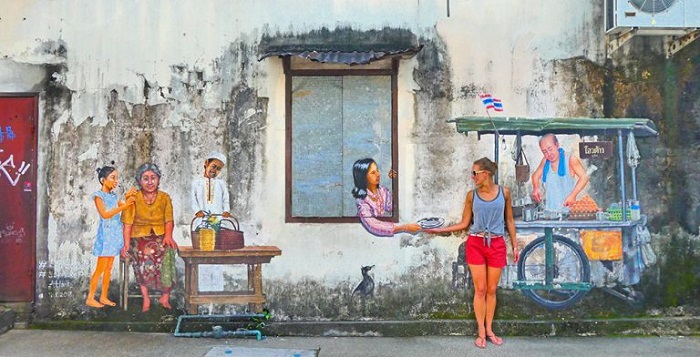 When arriving in Salvador, Brazil, don’t forget to make a trip down to the Pelourinho district, one of the UNESCO World Heritage Sites. This historic street has a lot of works that reflect the colonial architecture of Portugal. 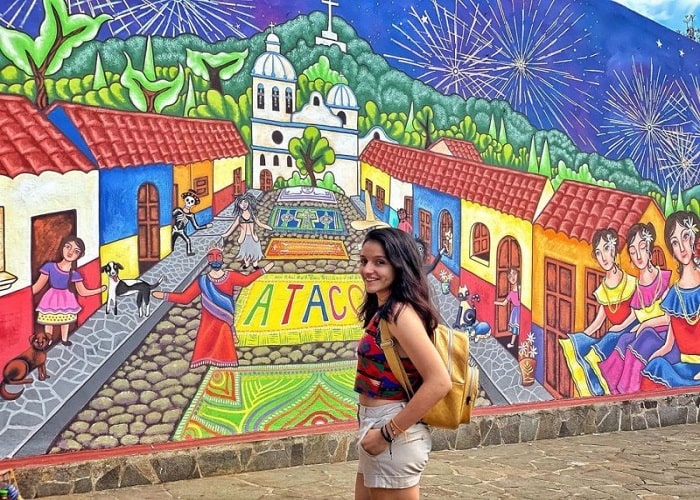 The buildings are painted in striking and distinctive colors that are the ideal setting for the town’s festivals and rituals. It’s also the perfect opportunity for you to shop for handmade textiles while chatting with artists to learn more about their Afro-Brazilian culture. 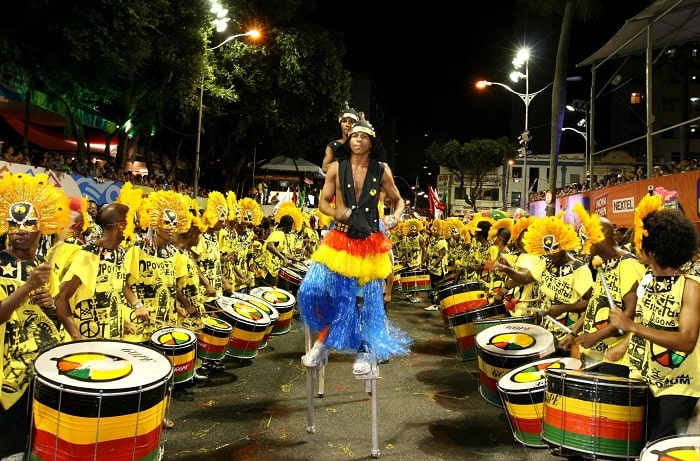 Finally, don’t miss the magnificent church of Igreja de São Francisco, where you’ll be admiring the inspiring blend of Portuguese and Baroque architecture! 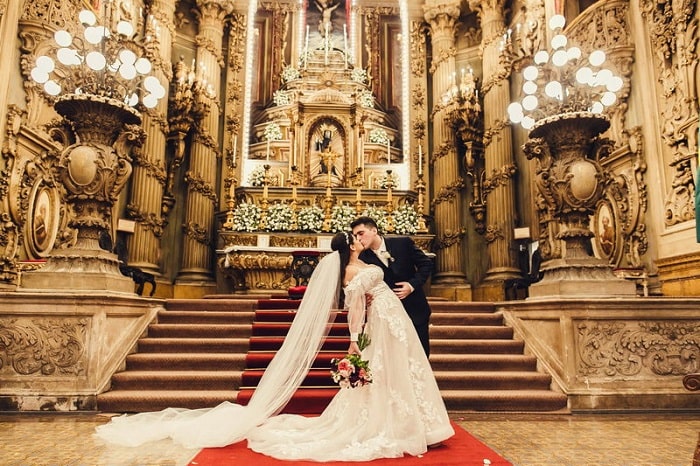 A long list of the most beautiful roads in the world makes you can sit still and have to pick up the camera immediately. Don’t hesitate, book your ticket today!